Let me be the first to step up and say, I fully accept and admit I can be very stubborn at times. And if you tell me I can’t do something, most likely I will try my best to do it. That being said, I also think that sometimes some of our biggest faults can also be our biggest strengths if used in the right way. Because you know if some tells me not to jump off a bridge, obviously its not a great thing for me to try and jump off a bridge. But if someone tells me I can’t do something just because I happen to be a girl or plus size and I turn around and prove them wrong, well chalk one up for women’s rights and body positivity everywhere.

So a while back, if you follow me on Facebook or know me in person, I posted about wanting to buy some dresses from Mod Cloth for some special Occasions that were coming up. I received a handful of responses on Facebook as well as a few in person. Unanimously there was one dress in the group everyone told me they thought I should not get because of the strips. Because you know, if there was ever one thing your told as a fat girl is you can’t wear stripes, which I have never bought into anyways. So me being stubborn, you know I bought that dress.

I had a snafu when ordering this dress. I ordered by Mod Cloth’s size chart and it just didn’t fit. It was too large by two sizes. Since it was on clearance it normally isn’t suppose to be exchangeable. But I have to say the folks at Mod Cloth were so nice and let me exchange since it was my first time ordering, and I didn’t understand how their size charts worked. This particular dress ended up running true to size, and you should order what you would from Lane Bryant or Torrid.

I really loved the way this dress felt on. It had a very satiny feel to the fabric that made it seem so luxurious. And my husband was absolutely over the moon about it. He probably told me I looked beautiful four or five times during dinner than night.

Don’t be afraid to break the rules in fashion. Wear what you want, when you want. I want to hear from all of you. What was the last rule you broke?

Strapless Bras For Plus Size Ladies Who Have DD + Larger

Being born with breast means your life is...
Clothing Fashion Featured
April 21, 2015 admin 0

Since I wanted to do this month of...
Beauty Featured Skin Care 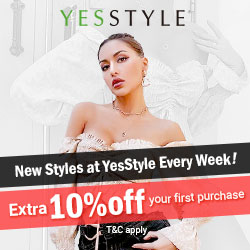